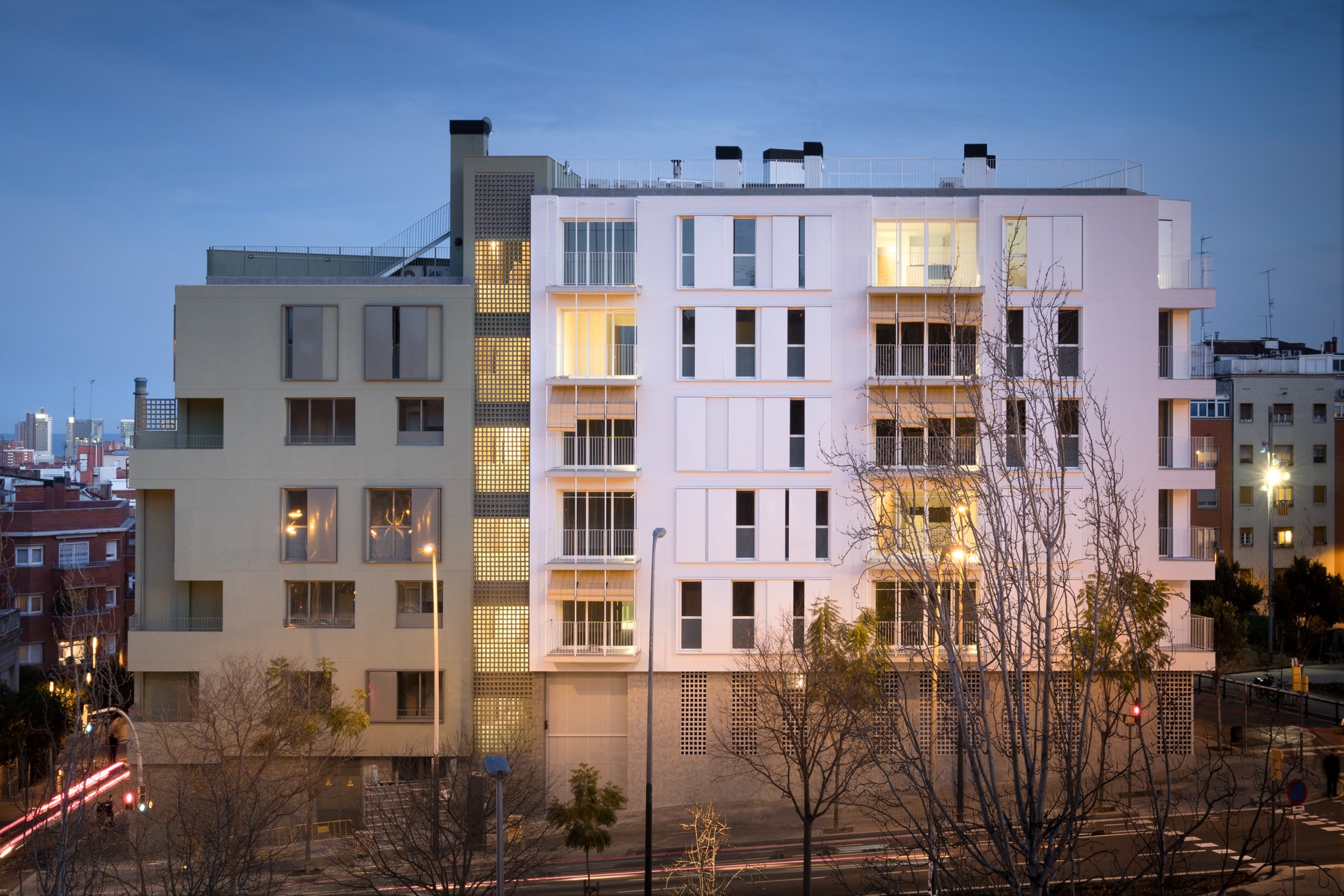 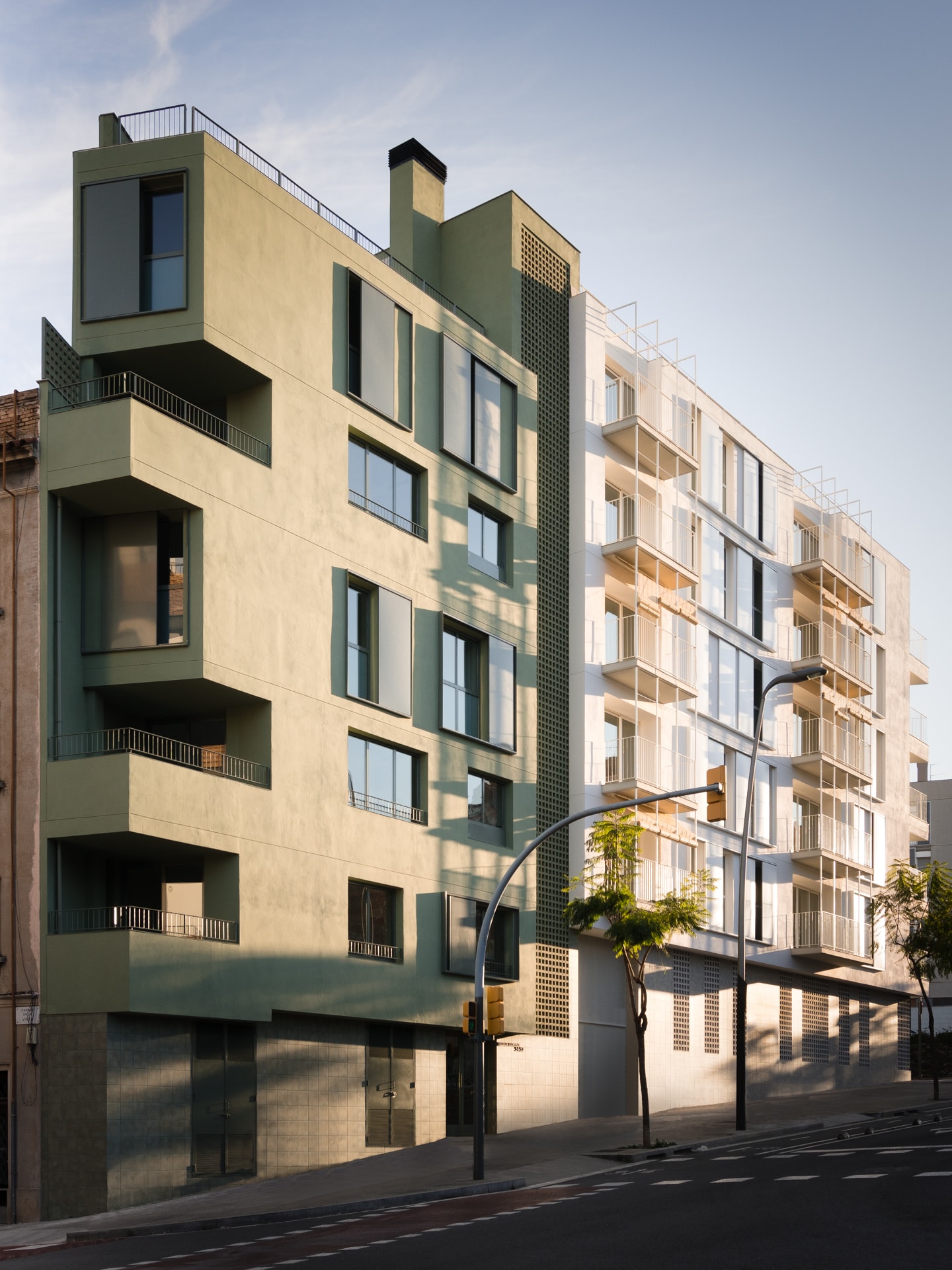 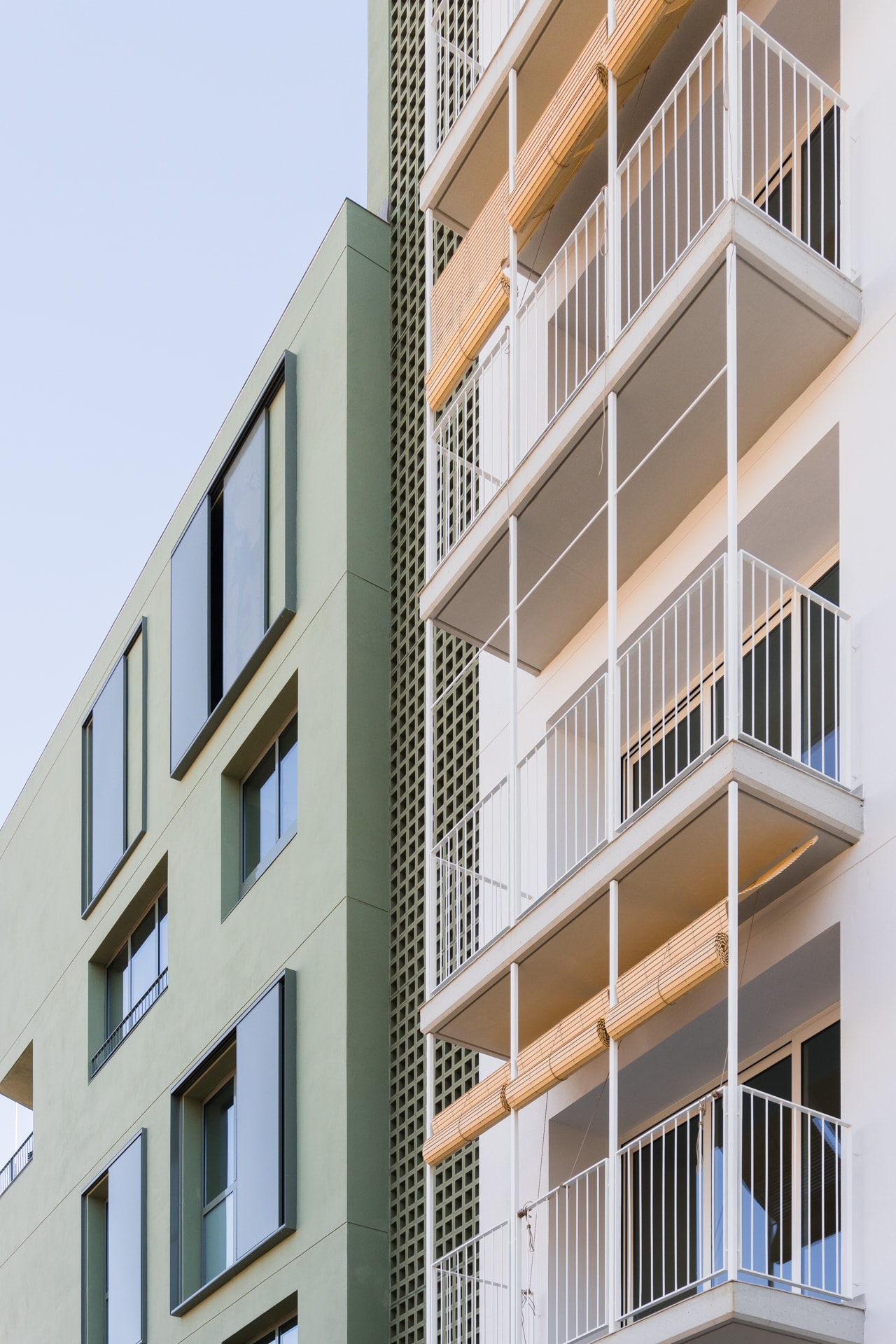 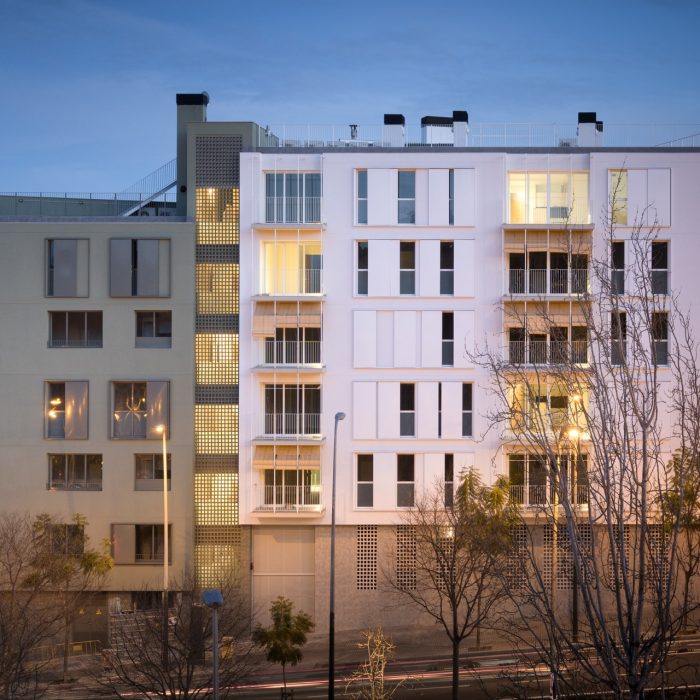 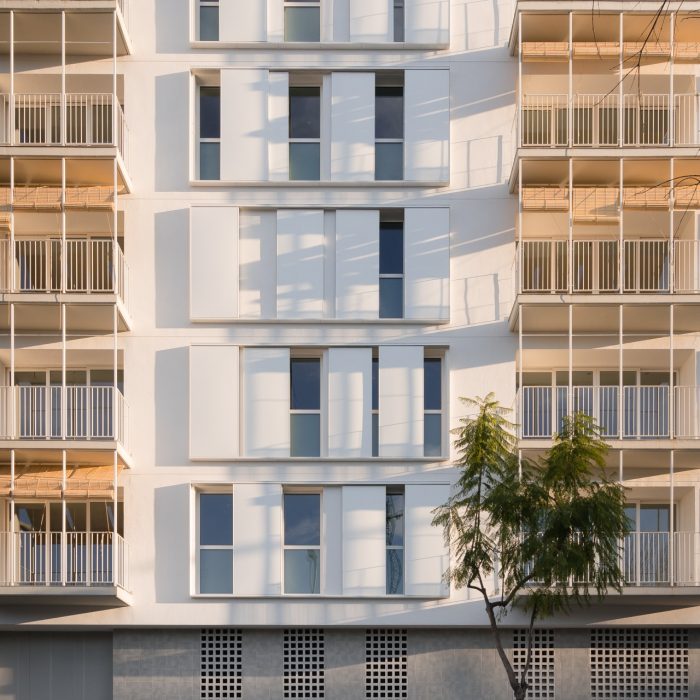 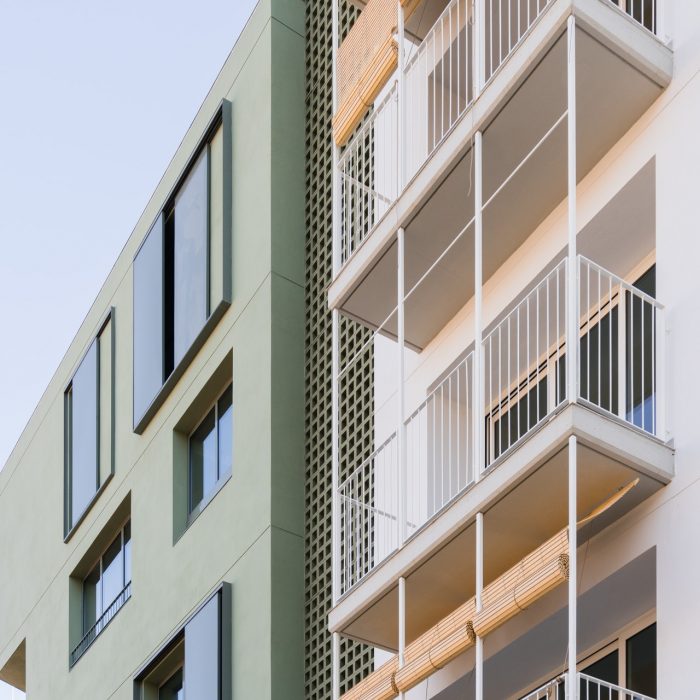 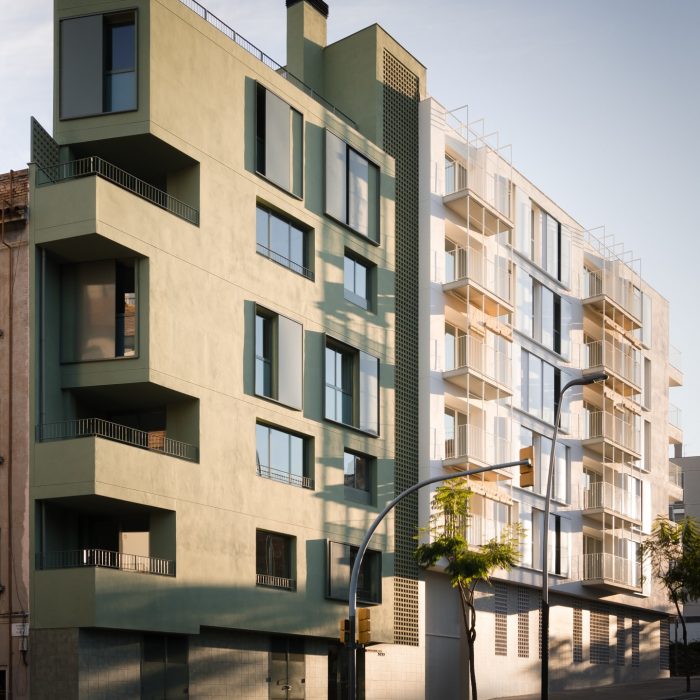 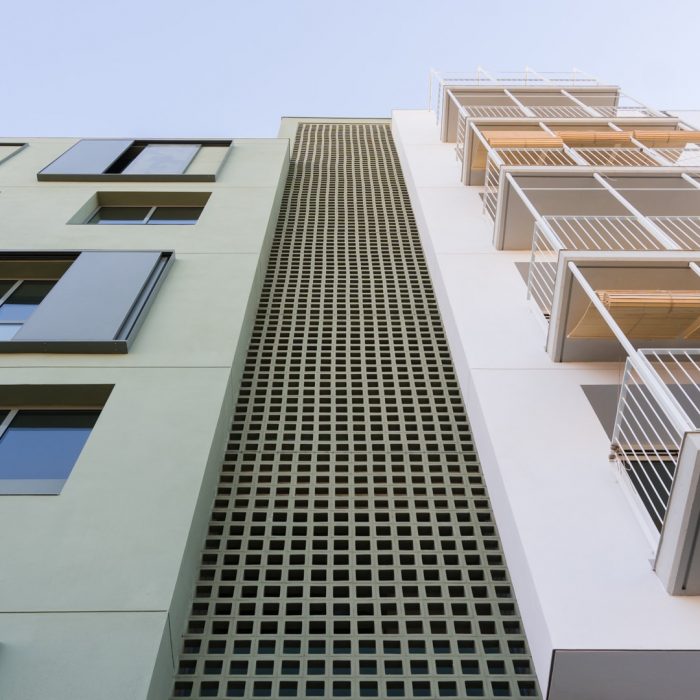 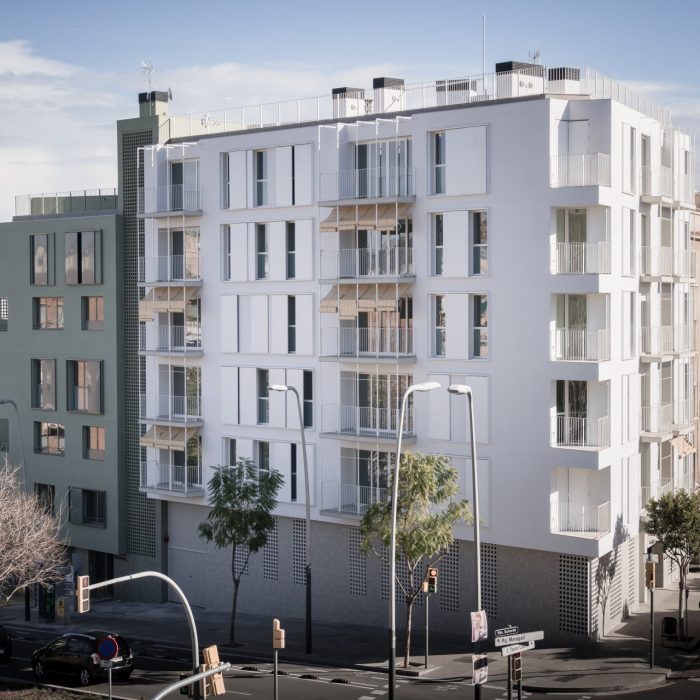 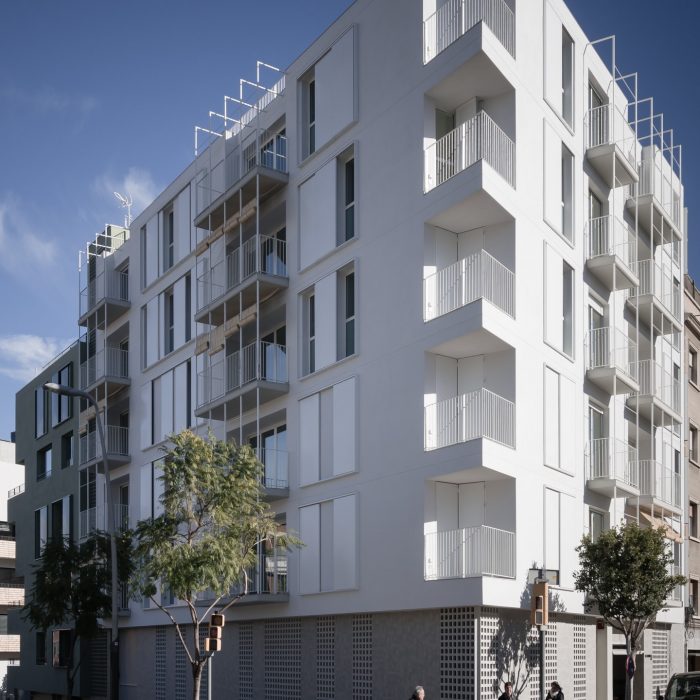 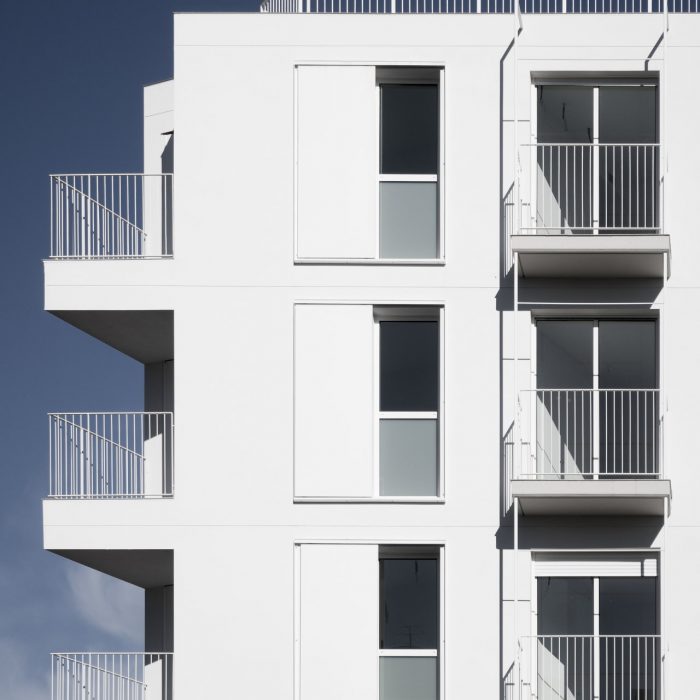 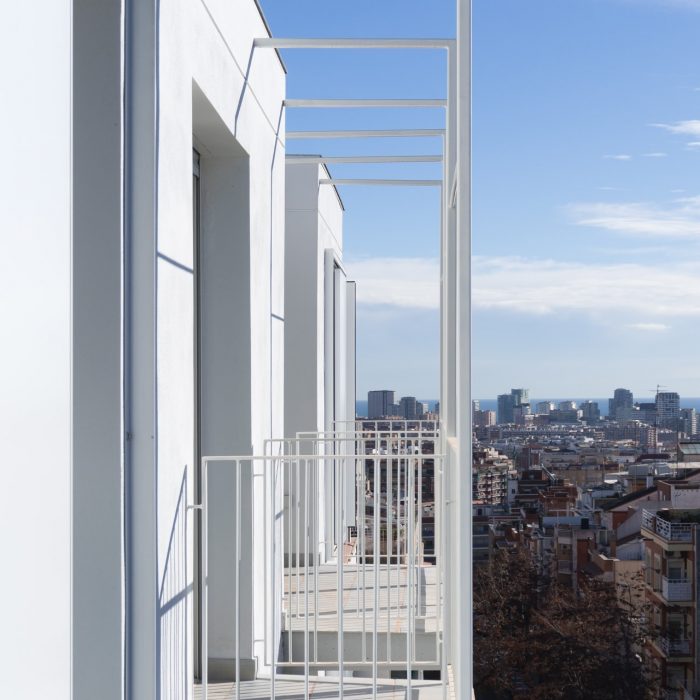 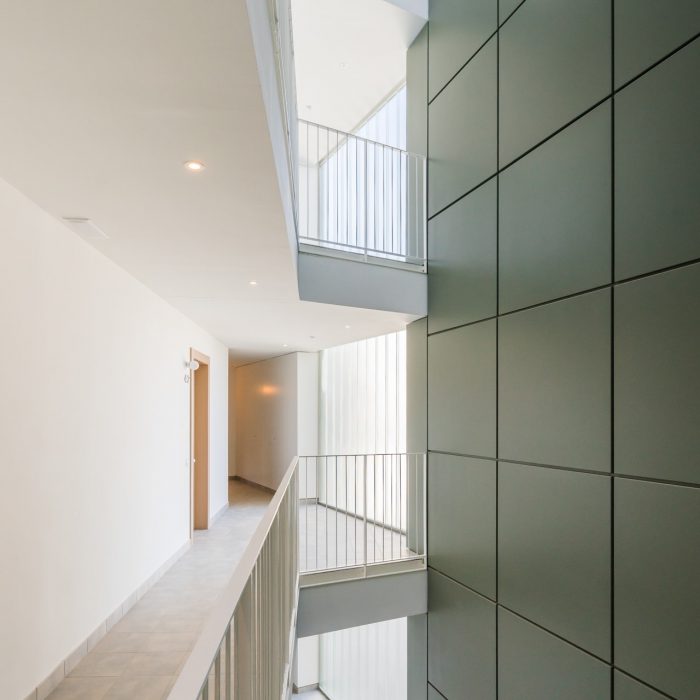 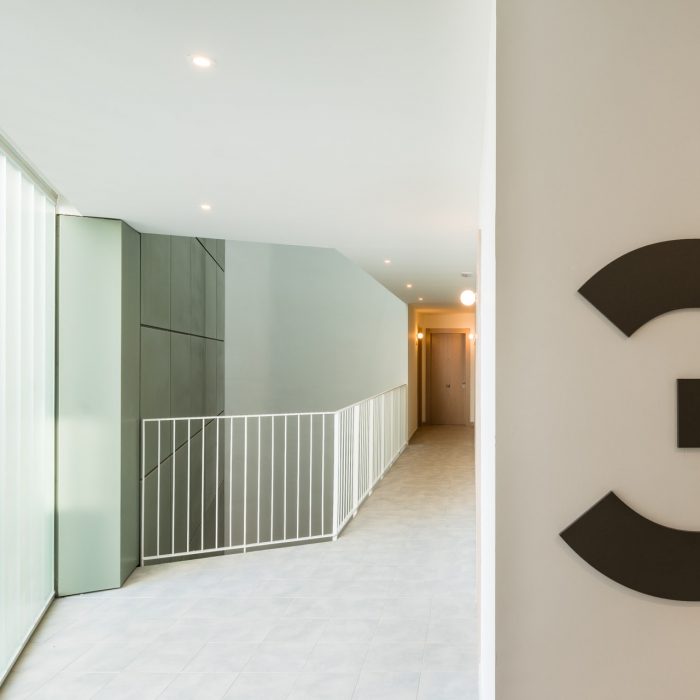 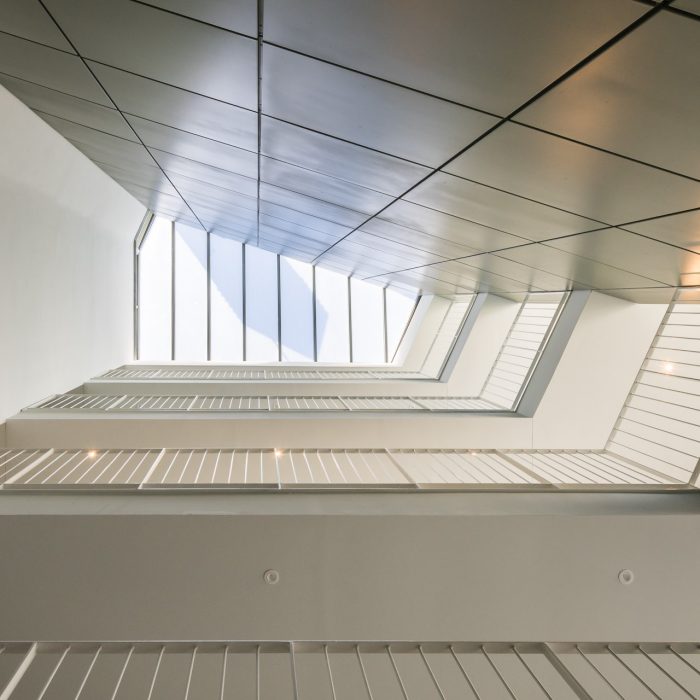 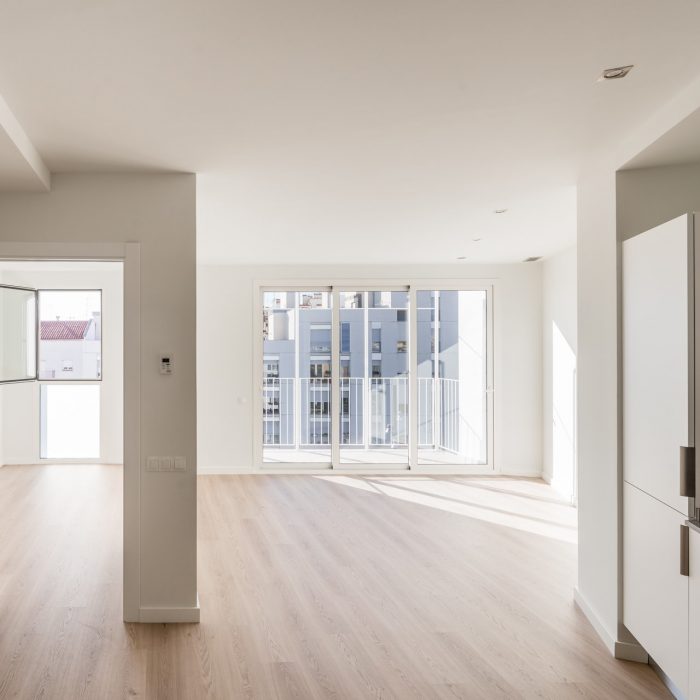 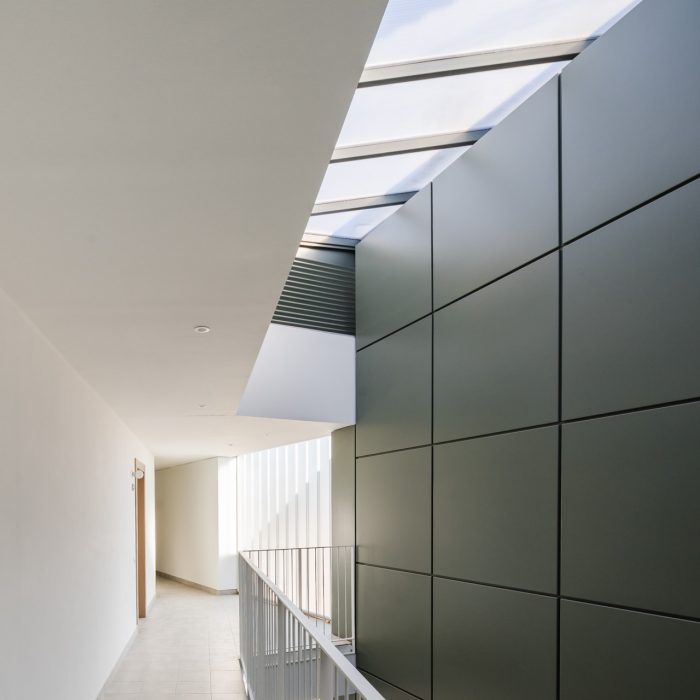 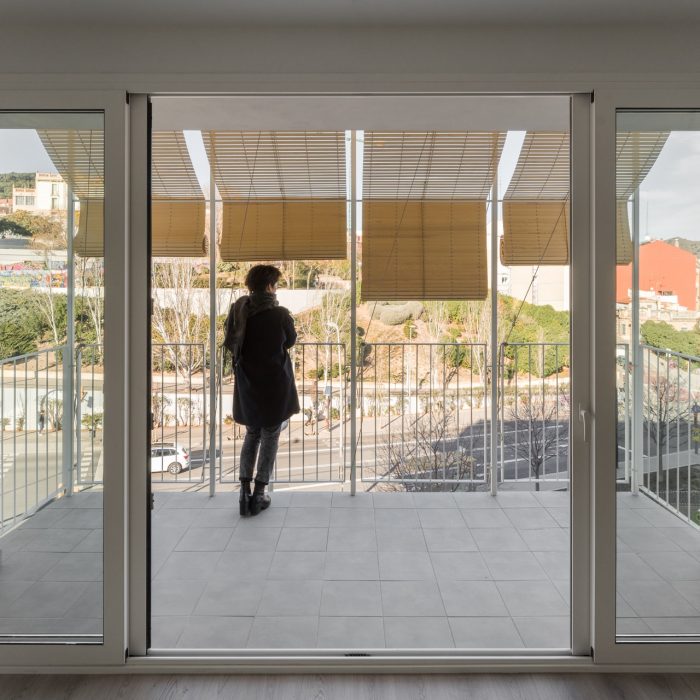 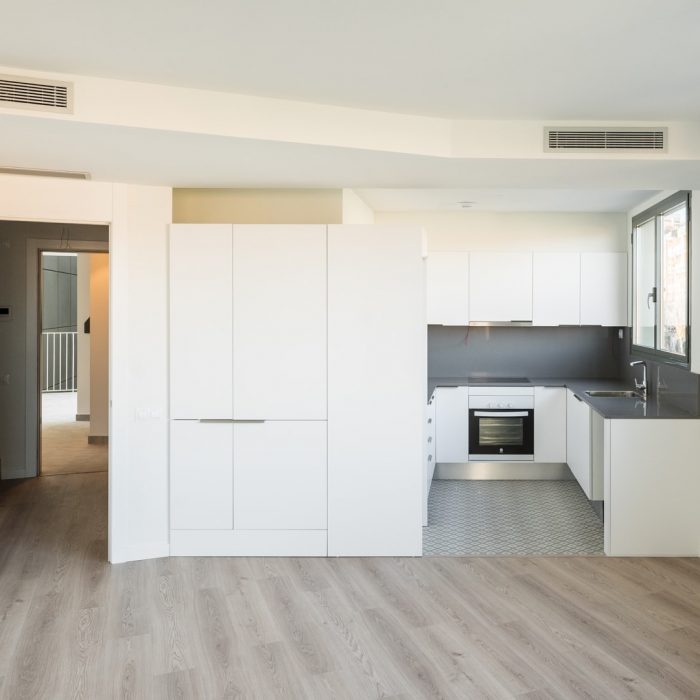 It is placed in a solar tester resulting from the intersection of the route of the Guinardó round with the weave of the neighborhood between the streets Escornalbou and Carrer de la Vinya. Due to the dimensions and geometry of the site, you plan for a single building fragmented in two bodies so that it is understood as different pieces and thus adapt in a more friendly way to the small scale of the place.

Access to the building occurs on the side of the stairway core through a lobby where you take the elevator or the ladder to climb. There are two parking accesses from the street since it is separated in two half-floors, one buried and the other one on the ground floor.

The core of the ladder, textured by a green lattice closure, is the element in which the decaling occurs in height of the two volumes. The highest one is identified as a ground floor building and five floors with a white floor with flared balconies protected with Barcelona natural wood shutters and sliding opaque shutters of the same color as the facade and carpentry.

The green volume is composed of two duplex and single level homes on the first floor while the white volume is made up of three-story, two, three and four-room apartments. The floor plans are composed of four houses with access from a longitudinal pass that enjoys an atrium with zenith light. In total, there are eighteen houses of five different types.

The other, in green color and with the same number of plants, takes a morphology more crushed in its corner, lightening it in the encounter with the mitgera and marking the difference with the opposite white corner.

Since it is a building with a triangular plant and no ventilation courts, the rooms and living rooms are placed on the street facade while kitchens and bathrooms are grouped around the access pass.


The living rooms have a terrace or a generous balcony with sunscreen based on Barcelona blinds that provide warmth and domesticity to this space. The bedrooms have opaque shutters of the same color as the facade that run by exterior guides and that provide movement in the image of the building. 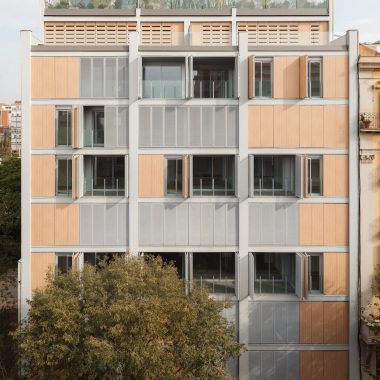 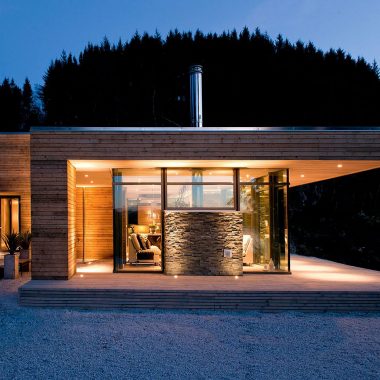