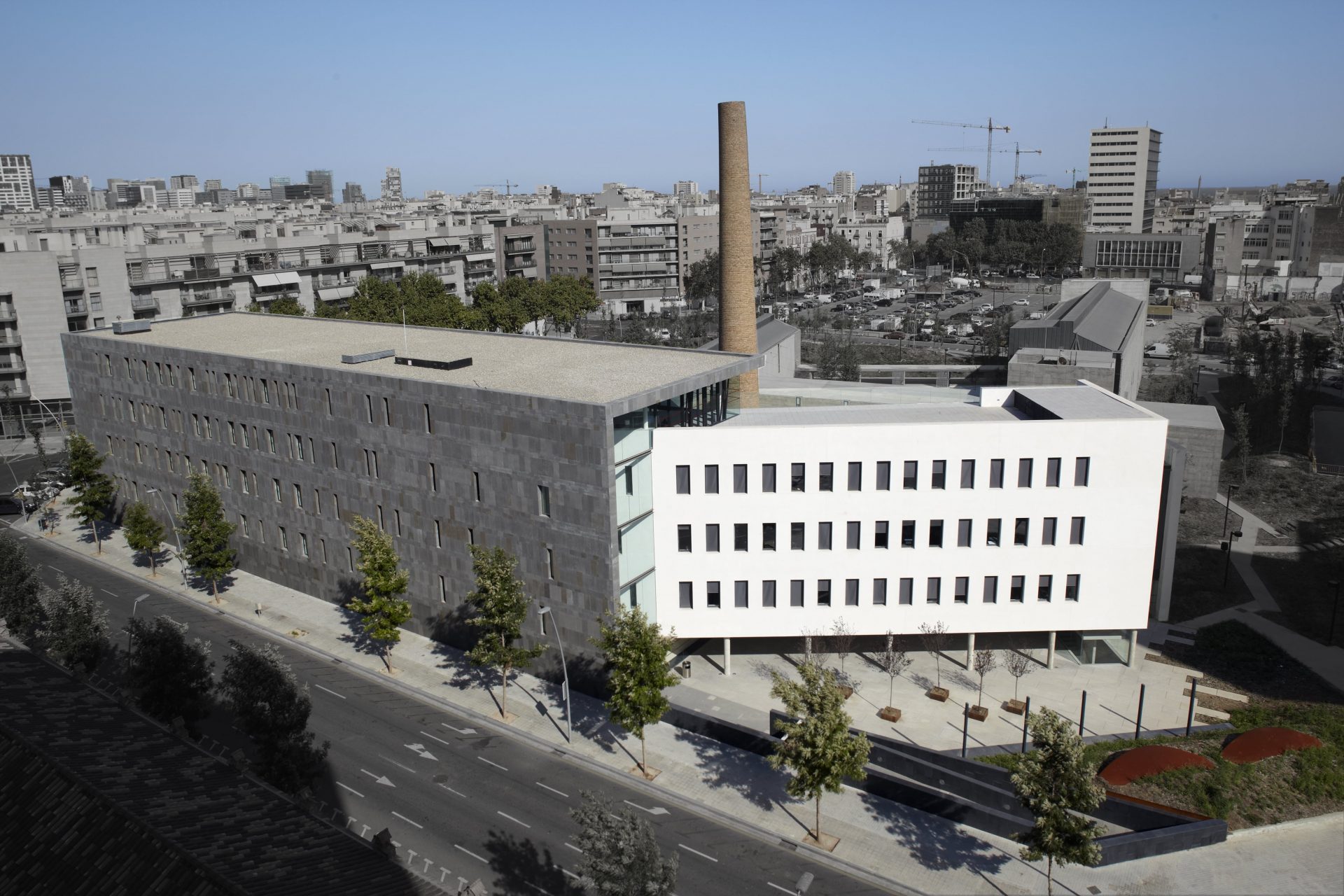 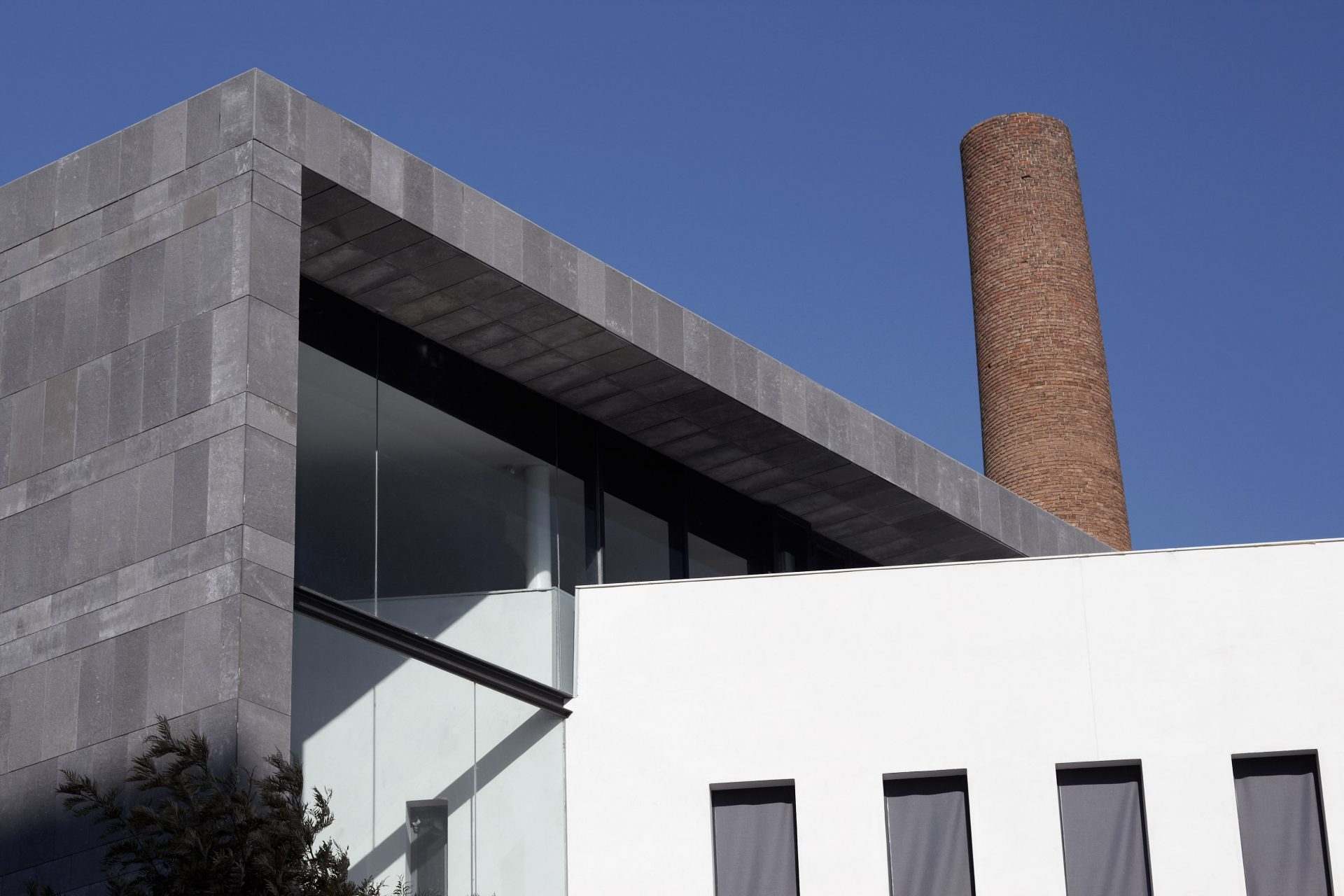 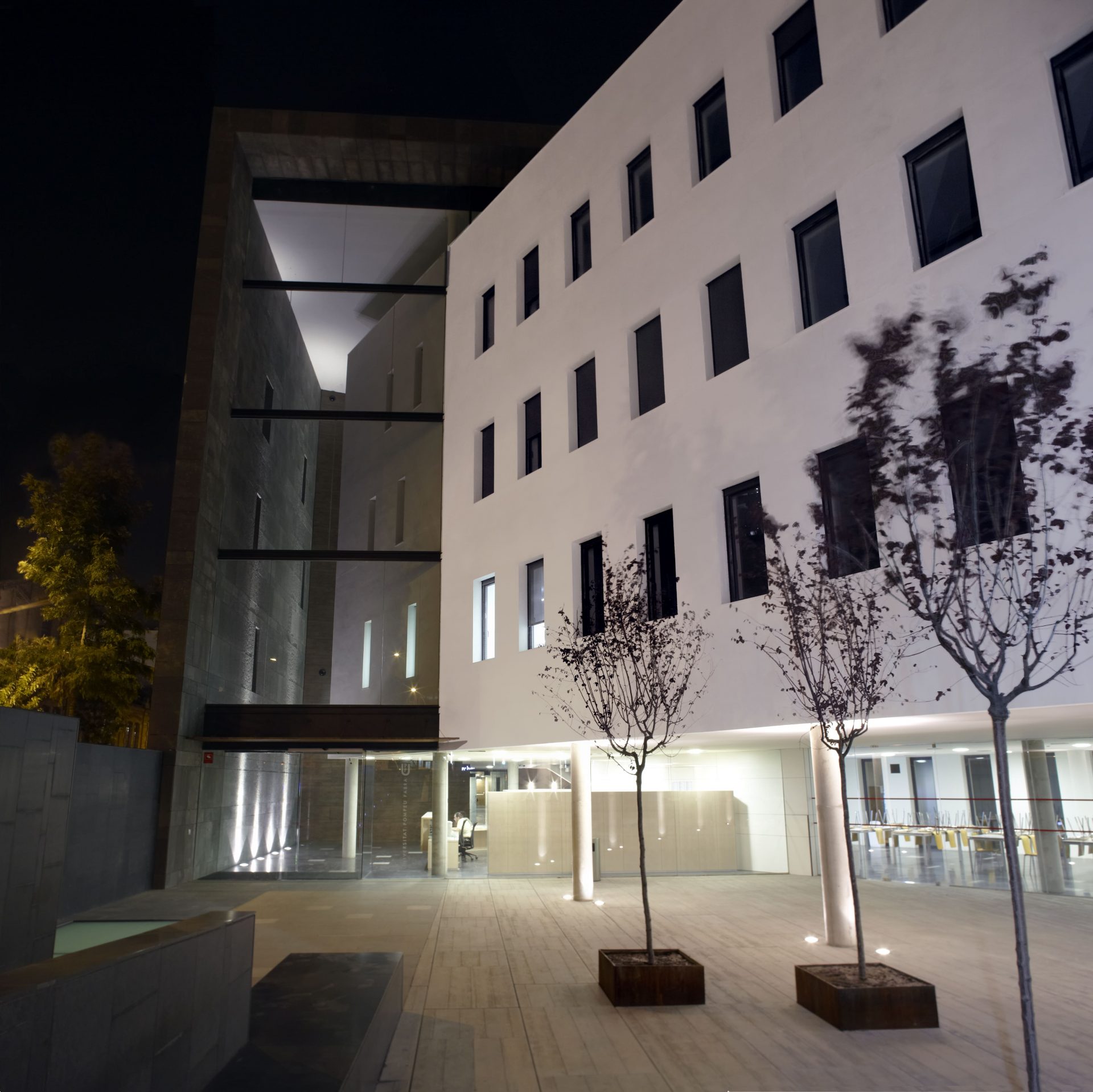 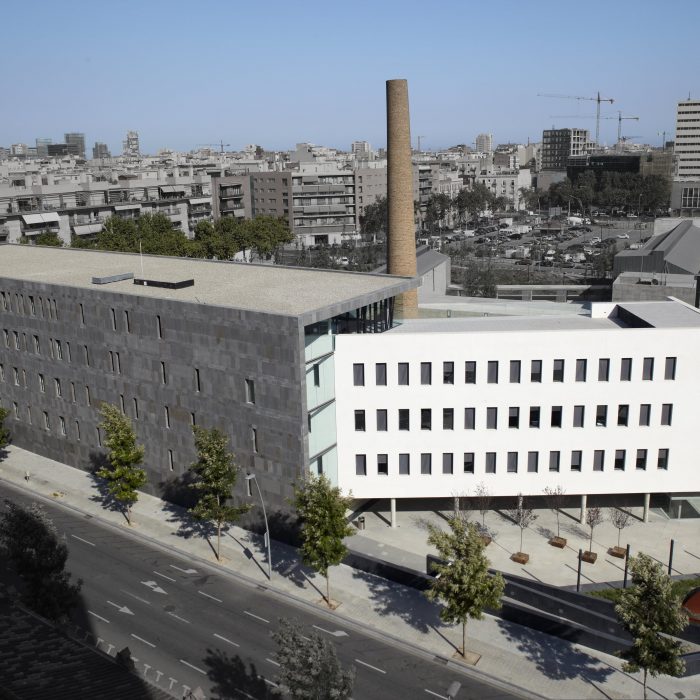 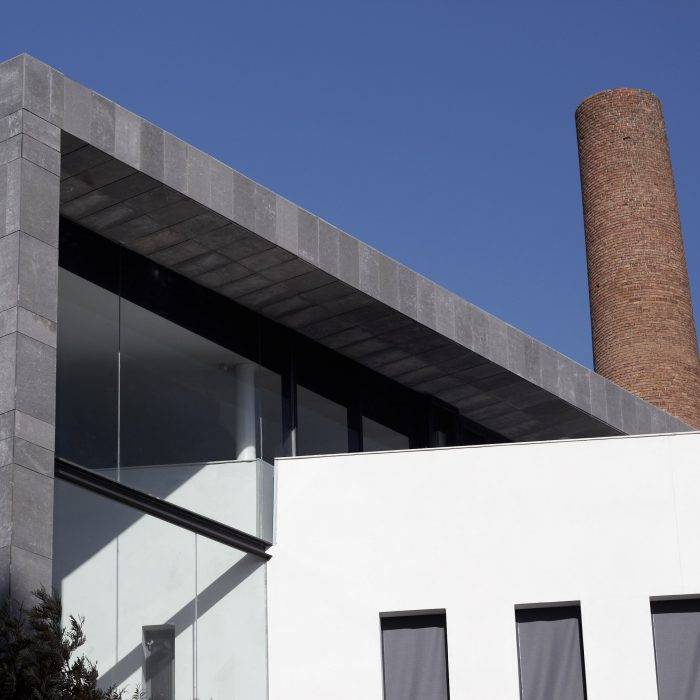 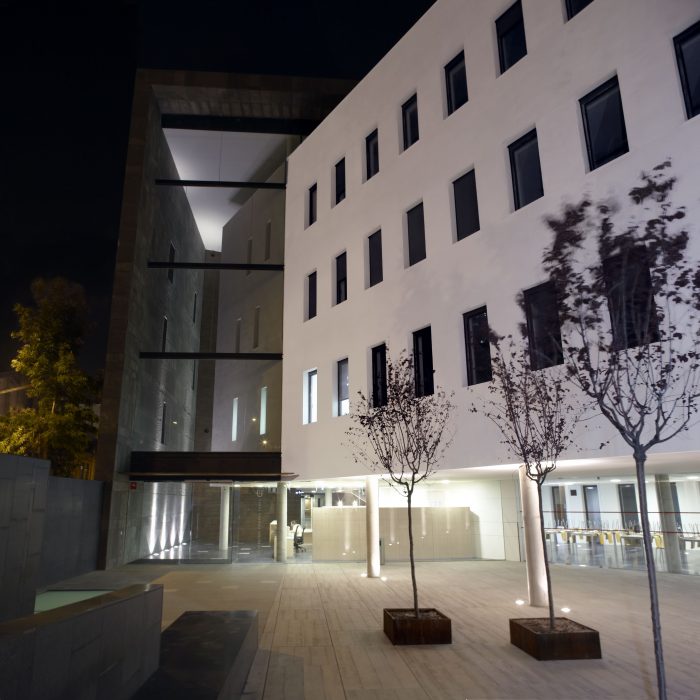 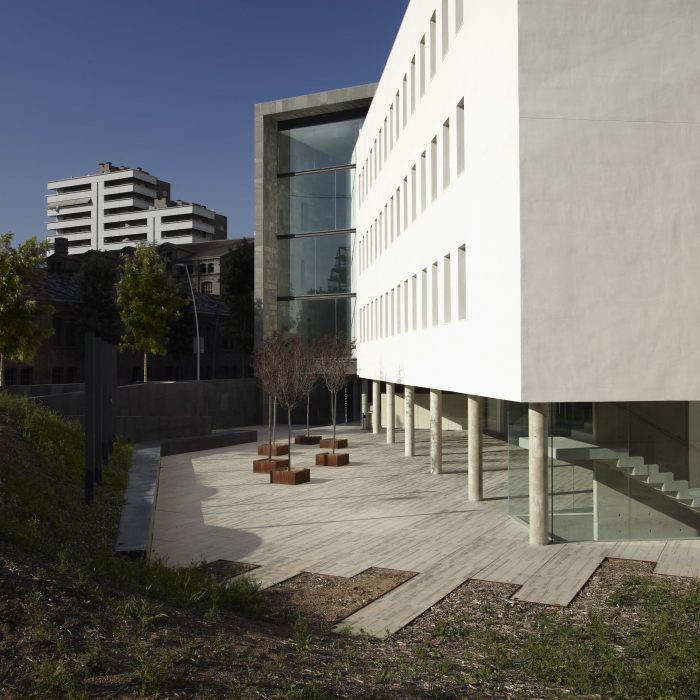 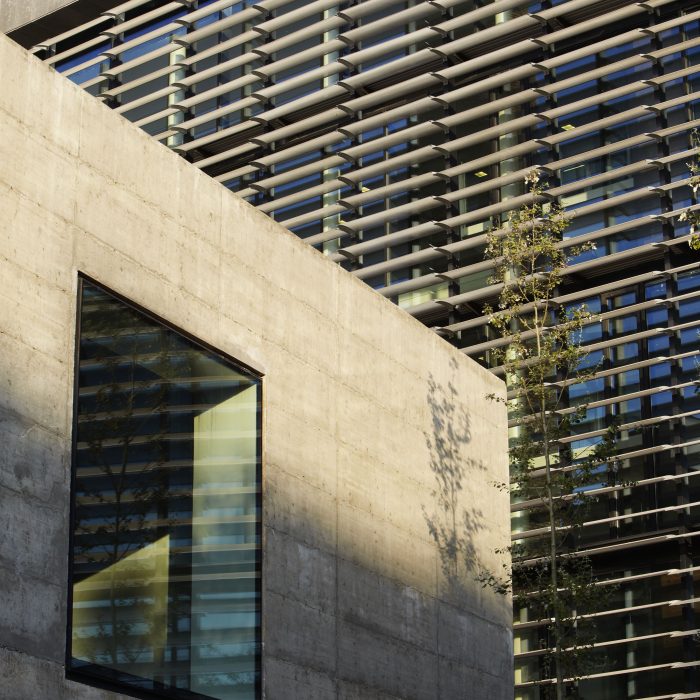 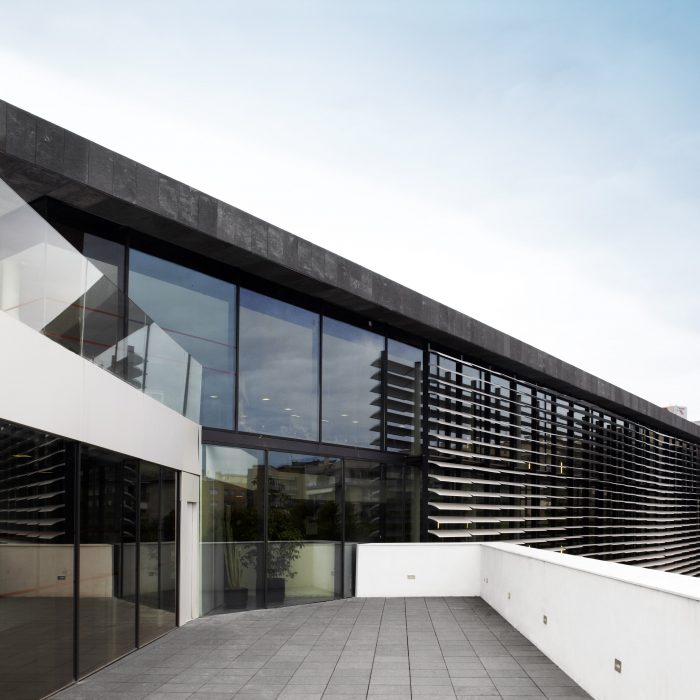 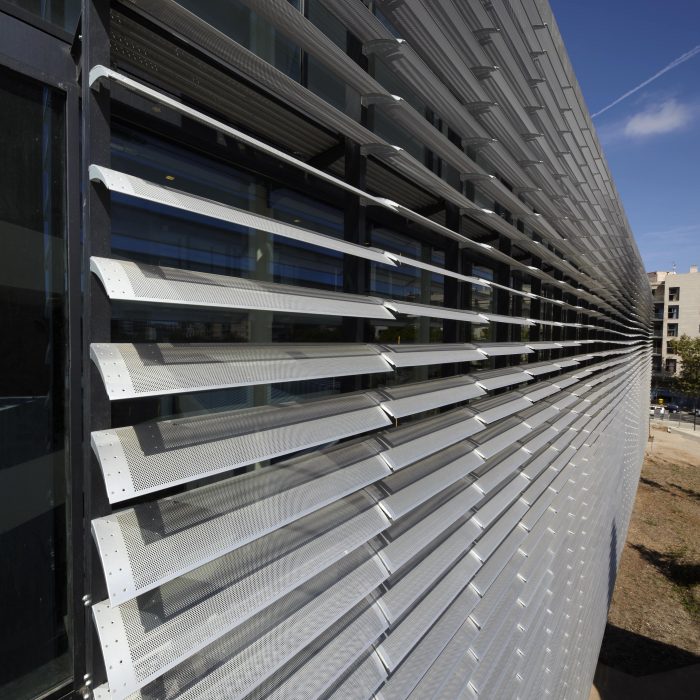 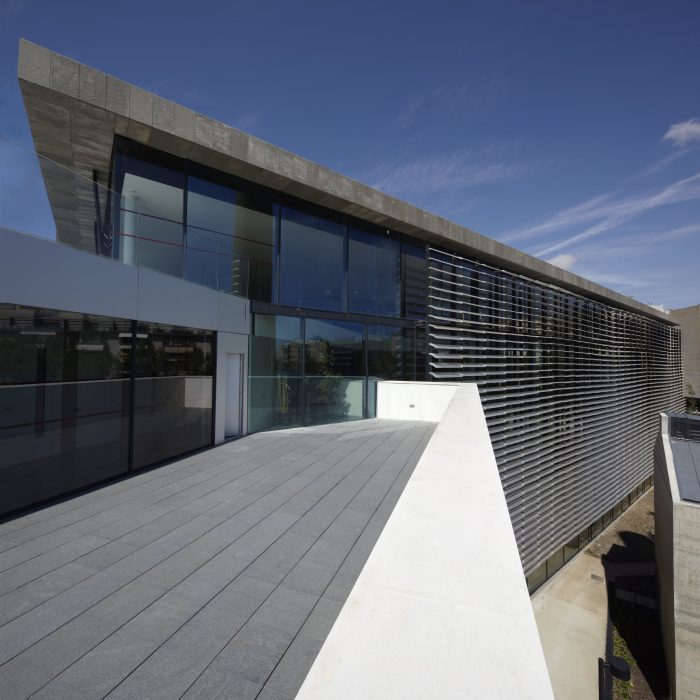 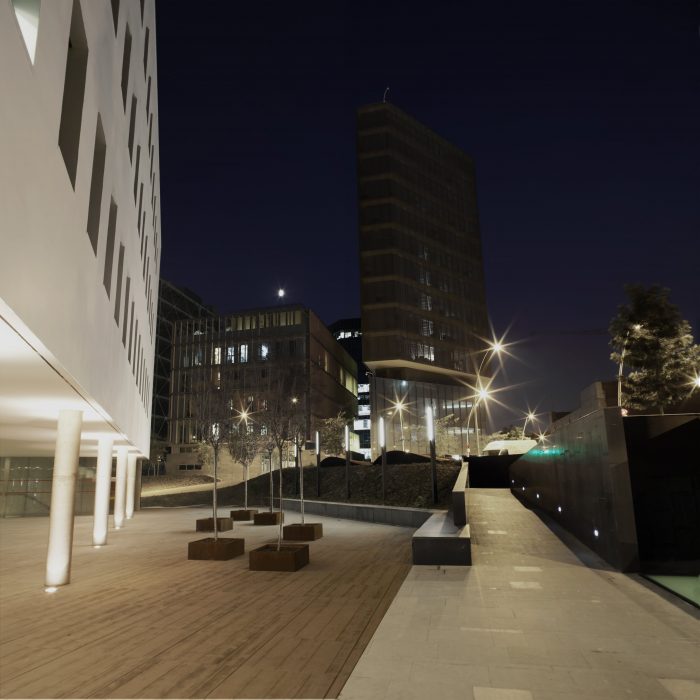 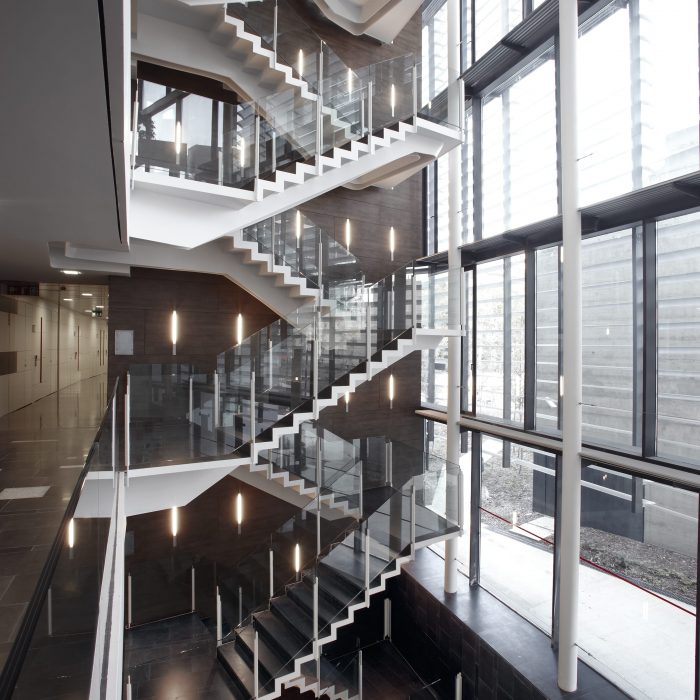 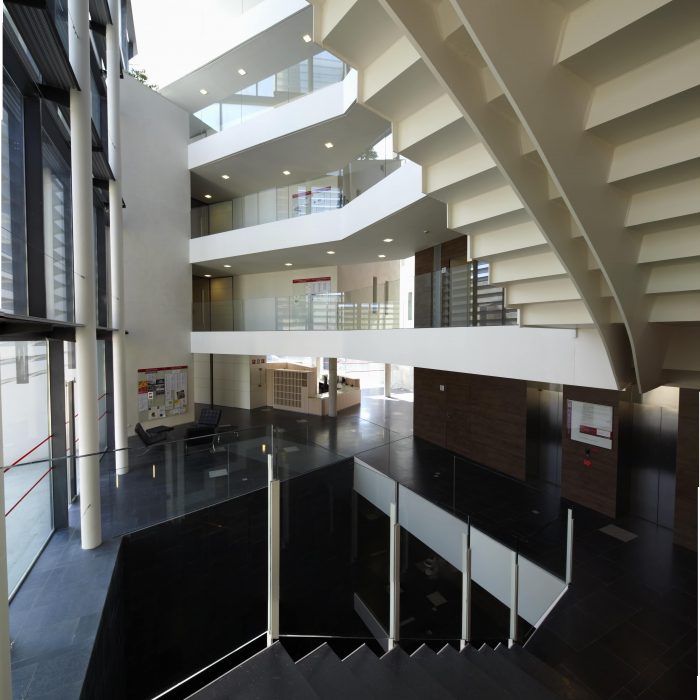 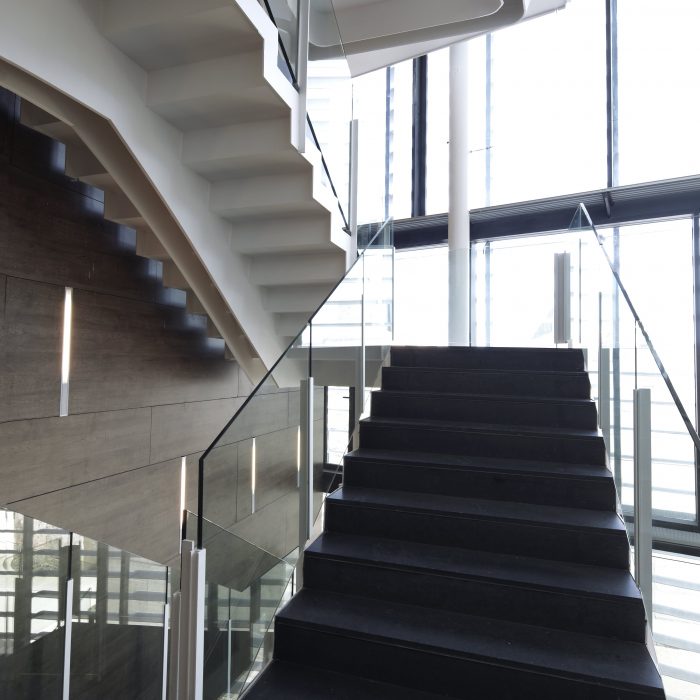 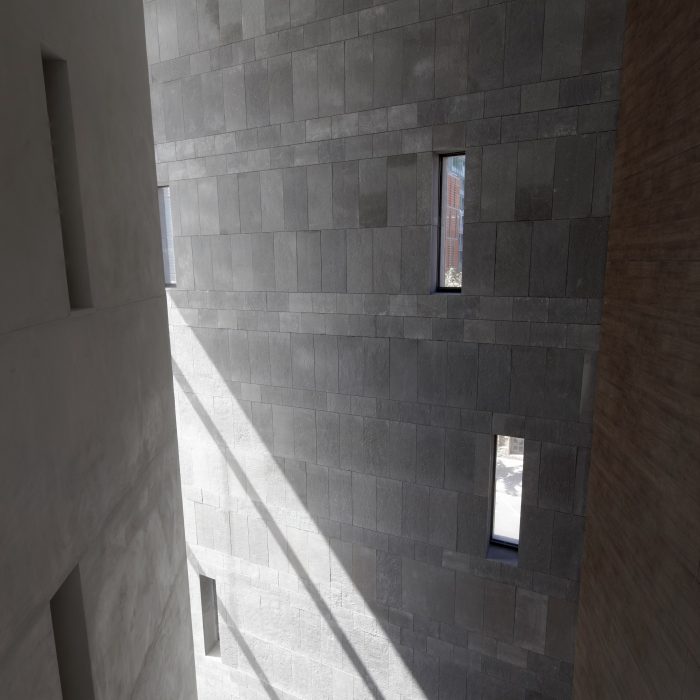 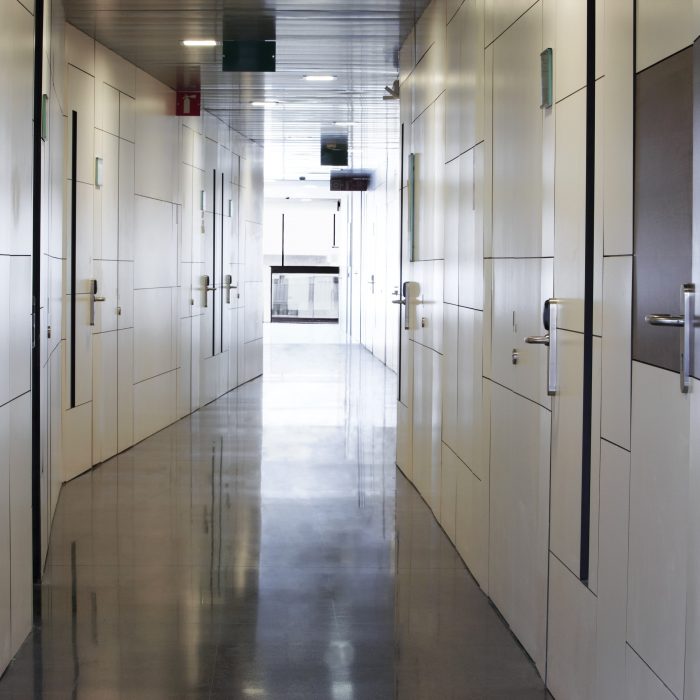 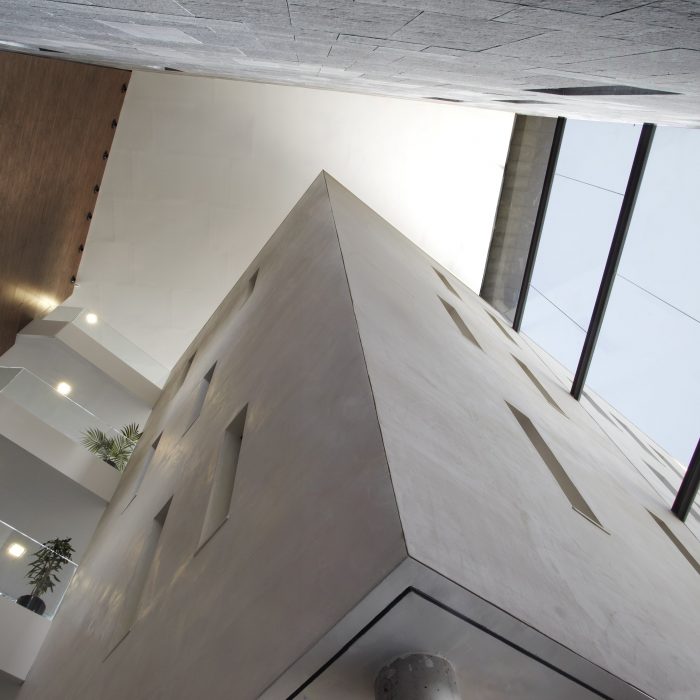 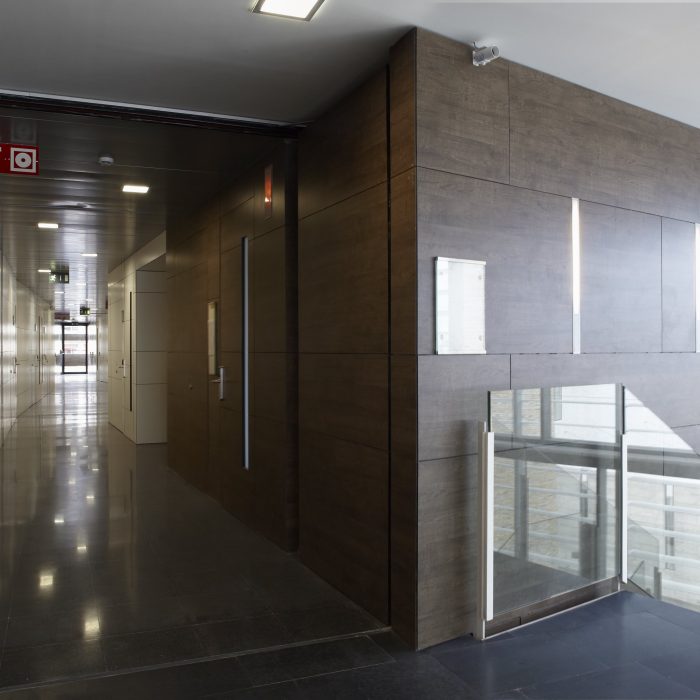 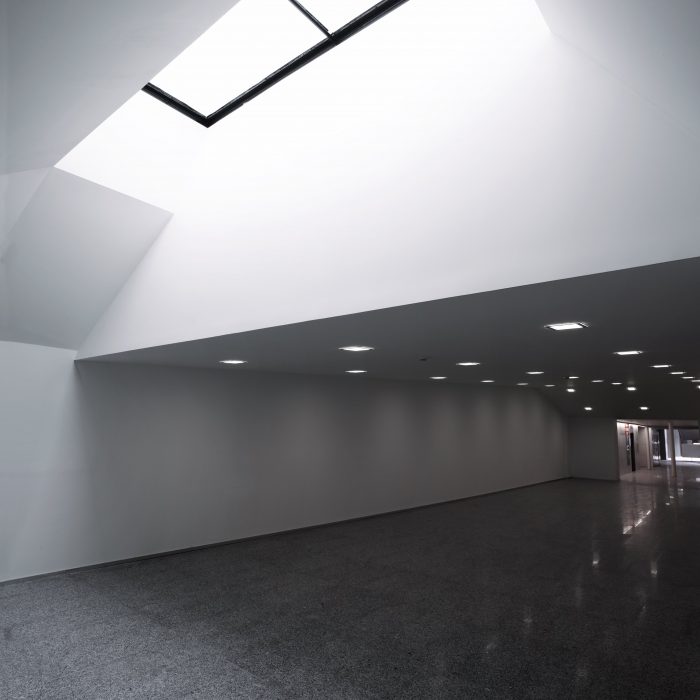 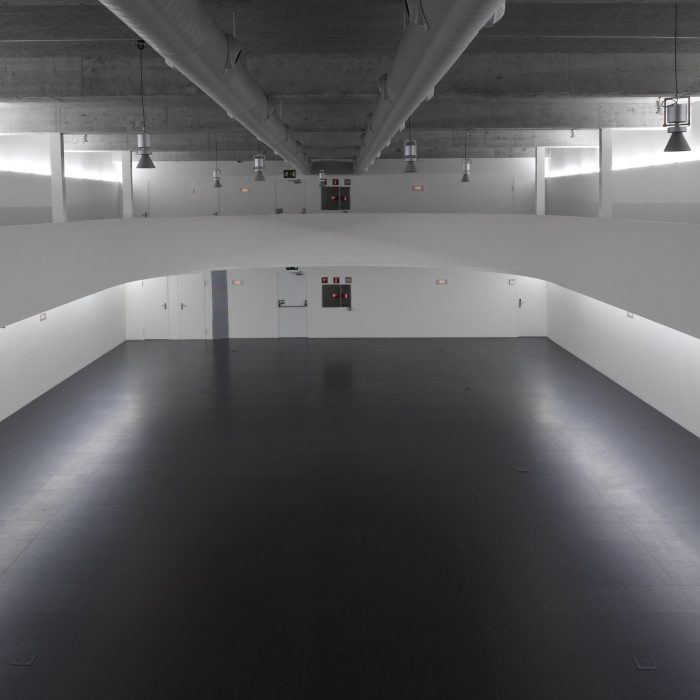 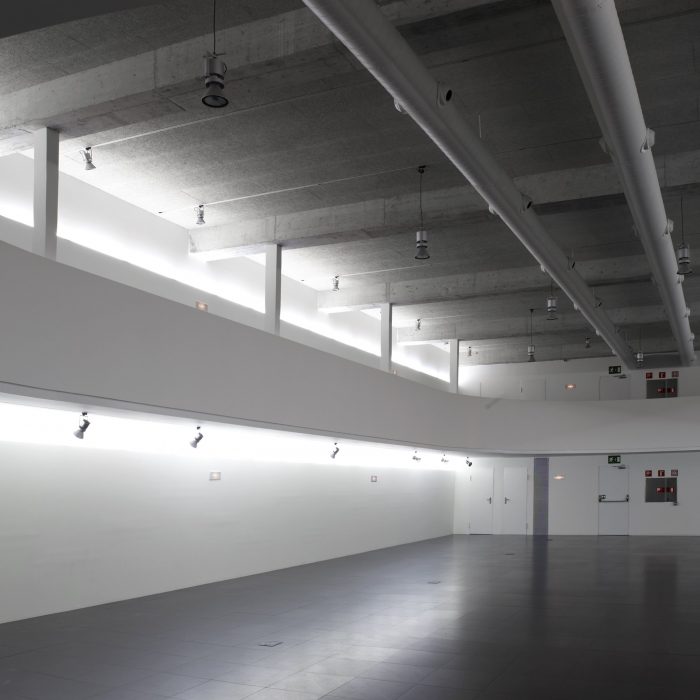 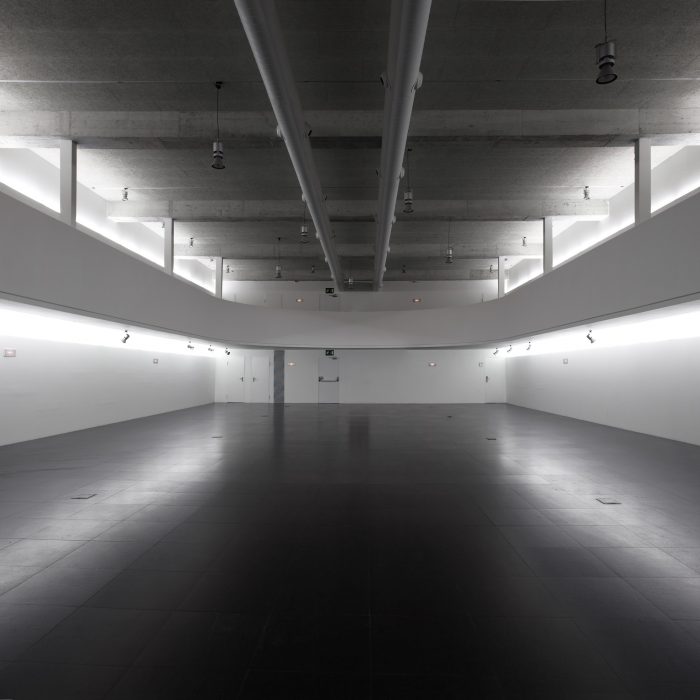 The plot occupies part of the island of the old factory of Can Framis, in an area occupied by two existing ships, of little architectural interest, but relevant in terms of their belonging to the industrial complex.

The encounter between the various alignments is shown in the resultant macla, at this point accessing and the main hallway, in order to achieve a reading through the extension of part of the structures and the various pavements overall of the set.

Access to the building is done slowly, penetrating the intersection of the different traces of the two volumes, which is configured as a great emptiness, in the absence of matter, where all the interior volumes and paths of the building come together and where they come together.

The project leaves well referenced the place of the old buildings, not only because of the lack of alignment on the roads, but also because of its compact but volumetrically fragmented nature, while the main building is formalized as a clean volume, It opens up to the park, letting it penetrate the building and containing it in its interior with a thick wall that is reflected on the facade on the street, stone, little perforated and robust appearance.

Its structure, free of intermediate pillars, allows to place one of the main spaces of the project, the motion laboratory located in the basement, while leaving the clearing plants to allow future changes of use and distribution.